The vegan lifestyle has risen over the years, so business owners realize how their market for vegan feasts is increasing.
To feed the market, they opt to offer various and limitless options for vegans. From Israeli fare to American comfort food, some restaurants have opened some sophisticated menus to offer. It rises in some parts of the world, including the rise of some vegan restaurants in New York City.

There some vegan restaurants in New York City which serve delicious vegan meal options that the carnivorous won’t resist and would be captivated by how delicious the tastes are.

Just in case you are New Yorkers or someone who wants to visit New York, check out these top-notch vegan restaurants to choose from.
Some are the top Google recommendation, and some are our personal recommendations. 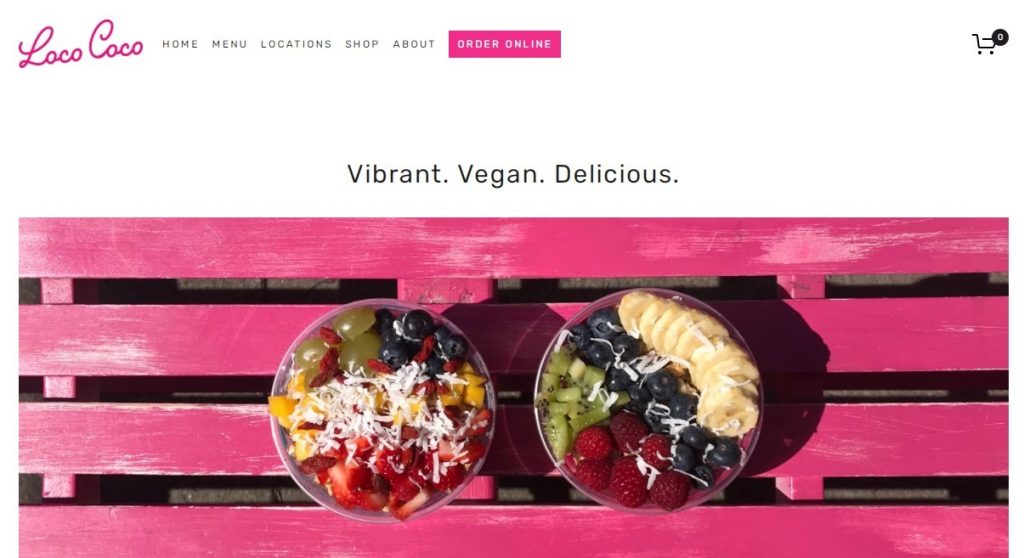 “Everything we use is designed to be biodegradable and environmentally friendly”

That is the phrase used by Loco Coco for their branding. To show their pride, they opt to serve the highest quality from smoothie bowl to health shots, and use some bowls and utensils that are more environmentally friendly.

This restaurant may not offer some fancy meaty – look-alike meals, but they serve smoothies, juices, and more healthy food and drinks. Their menus which are vibrant and taste deliciously have become their staple.

Choose any menu that looks vibrant, colorful, and appetizing for you, the taste won’t fail you, trust me. If those are lies, Loco Coco won’t get a 4+ star rating in their Google review.

Seasoned Vegan is a vegan and vegetarian restaurant located in New York.
It was opened by Brenda Beener’s family who became vegan since the husband declared himself to be vegan.
The family went in some experimented menus for around two decades before opening Seasoned Vegan.
Their motto is to “Serve vegan soul food”.

Just how its mission to serve Vegan Soul Food, these Seasoned Vegan restaurants have served many menus that normally used animal products such as butter, chicken, and fish.

Benner’s family creates a Tuna dish – look-alike from fermented soy that is shredded and inserted inside nori then topped with mayonnaise on top of it.

They also serve vegan shrimp made from konjac.
They add more creativity and innovation to create a shrimp base menu that is vegan, close to zero-calorie, and adding some spice to create the shrimp taste.

Go get your meal from Seasoned Vegan by visiting their official website https://www.seasonedvegan.com/ screenshot from By CHLOE site

By Chloe is another authentic restaurant that serves soul food that won’t harm a soul.
This restaurant specializes in vegan food which opened in 2010.
It gains popularity fast as it offers comfort food and junk food but made completely from plants.

According to some reviews on Google, this healthy vegan food is a restaurant that makes your dream come true.
It allows you to consume junk food without damaging your body and is delicious.

Order your favorite Shake Shack veggie burgers version here, they are super delicious and look just the same.
They serve Veggie burgers with great salads that you used to consume in some regular junk food restaurants and you’ll love it!

Jump into their official website here https://eatbychloe.com/ and get your order online, you can order catering too. 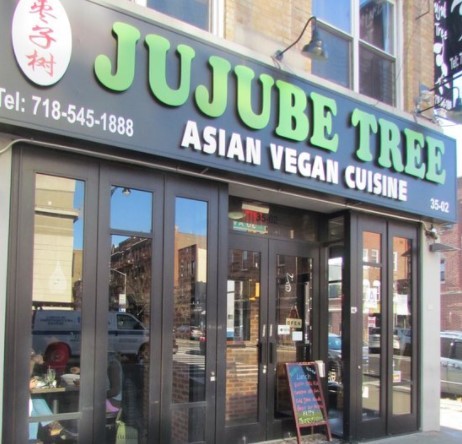 photo by google for my Business

Are you Asian who lives in New York? Or you just love Asian cuisine that much but currently living in New York?

Worry no more! This Jujube Tree will indulge you with various Asian cuisine that you will love.
You can choose any Asian cuisine such as China, Malaysia, Korea, or Singapore.
It mostly serves any cuisine including rice, noodles, and faux meats.

The Jujube Tree was opened in 2015 and used to be a Vegetarian restaurant but it serves completely vegan meals now.
You can choose any Asian vegan dishes such as Teriyaki Seitan, Soy nuggets, Scallion Pancakes, and more.
If you are a new Vegan or never taste any non-vegan – vegan inspired meals, try it!

The taste is incredibly good that carnivore would love too!

Search its address and review on Google by searching “Jujube Tree” as a keyword as it doesn’t mention its website link in Google.

Short and has deep meaning, people would instantly know that this fast-food restaurant provides vegan meals.

Marty’s V Burger is one of the New York Vegan restaurant that captivated my eyes when I was looking for staple and most favorite New Yorkers’ meatless burger.

It’s simply because they provide the vegan burger menu and makes us donate some money for the ones who needed especially during the C19 pandemic.

Visit its official website here https://martysvburger.com/ to order it online, you can opt for a catering option too.

screenshot from Caravan of Dreams site

This restaurant is probably one of the old vegan restaurants in New York.
It has been opened since 1991.

If you live in New York, you will instantly think that you are trapped in the early 90s.

The bohemian décor rises the hippies’ vibe.
Hippies are the ones who popularizes the vegan movements and mostly eating raw plant-based meals.

But, don’t you worry, if you are new to vegan and don’t really like a salad that much, you will still have vegan pasta with creamy alfredo sauce, quesadilla, or other authentic Western cuisines.

Visit https://caravanofdreams.net/ for more information about the menu and how you can get them.

When you search Le Botaniste on Google, you will find out that it has 4.5 stars.
This vegan food and wine bar provides the only plant-based and organic dishes.

The restaurant owner committed to only serve healthy and vegan food, but it also brings coziness when you dine in.

When you look at menu options on their website https://lebotaniste.us/menu/ you will face 4 types of cuisine including dessert, appetizer, to share food and special menus, and any menu in a bowl such as pasta bolo bowl, botanical salad bowl, or Tibetan mama bowl made from brown rice with coconut peanut butter curry sauce, kimchi, and other toppings.

You can also order it online and choose the catering option.

Jajaja Plantas Mexicana is a paradise for Mexican food lovers who are vegans.
Jajaja provides any Mexican staple dishes such as nachos, tacos, and burritos but made vegan entirely.
They switch meat with shredded jackfruits and squash.

The place is super well designed and cozy.
Its design would remind you to yoga studio or coffee shop with Southwestern themed.
This is a perfect place to eat out with friends and take some pictures to post on Instagram.

But, during Covid 19 pandemic, you can also order their menu online and you will enjoy vegan Mexican delicacies without changing your pajama or homie outfit.

Visit https://www.jajajamexicana.com/ for order or peeking on their menus.

screenshot from Beyond Sushi site

I know, sushi is the Japanese dishes which basically sticky rice with some raw fish dipped into soy sauce.
But if we can eat meatless steak, why can’t we get the non – fish sushi?

That’s how Beyond Sushi is created.
This vegan sushi provides vegetables that are rolled with sushi rolls and make them fancy.
The restaurant owners create their menu which tastes similar to original seafood sushi.

Guy Vaknin, the founder of Beyond Sushi, also offers vegan dumplings and sandwiches.
Spicy Mang Sushi roll is their best – selling menu and a must-try when you order their sushi.
The Mang sushi rolls are made from black rice, avocado, cucumber topped with veggie slaw.

Visit their website for their menu and news here https://beyondsushi.com/

screenshot from May Kaidee East site

May Kaidee East is an authentic Thai restaurant but made completely for vegans.
They are not only plant-based, but also gluten-free, but still rich in flavor.

Thai foods are mostly known for their staple salads, tom yum, spring rolls, and any seafood soups.
However, by visiting May Kaidee East, you can endeavor the vegan version of those diseases and of course, it tastes as good as the non – vegan versions.

However, during pandemics, the restaurant only serves takeout and deliveries.
Visit their official website here https://www.maykaidee.com/ to find out which menu that you will consume for your lunch and dinner.

As the vegan lifestyle has hit the trend over the years, the business owners are starting to embrace their healthy vegans as their market, especially when they are vegans themselves.

By rising the number and creating some more innovative vegan menu, there will be more people who will enjoy vegan meals and everyone can easily dig in without confusing more about what they can eat when they decide to go on vegan.

The list of 10 vegan restaurants in New York City can be used as your consideration whenever you want to dine in a restaurant that serves vegan delicacies.

If you are into vegan food we really recommend you check out our recipes for delicious and nutritious vegan food!

– How To Make Cashew Milk.

How To Make Vegan Yoghurt By Using Cashew...